If the wider availability of cocoa- and chocolate-related information for the consumers is a good thing on one side, on the flip side, the market share competition in dark chocolate has made chocolate makers almost blind to experiment and, consequently, adopt strategic marketing for other types of chocolate (milk and white), with the latter being the most demonized.
The end result of this conundrum is having a horde of high-end consumers brainwashed with the idea that dark chocolate must be the limit of their chocolate options.

Although certain concepts have been carved into people’s mind for legitimate reasons, especially because dark chocolate is the version containing less sugar and avoid of dairy ingredients (identified as food allergens for some consumers), this trend cannot justify the onset of unfortunate prejudices against chocolates other than dark.

⠀1. White chocolate is not chocolate. While there’s an extent of truth attesting that both dark and milk chocolate may be considered chocolate just for the presence of cocoa mass, white chocolate also has cocoa, even if only its fat part. Regulations both in the United States and Europe even define what white chocolate is made of and what is allowed in its formulation. (For the US, see §163.124 of Subpart B—Requirements for Specific Standardized Cacao Products in Part 163—Cacao Products; for the EU, see Directive 2000/36/EC). According to both the regulations, white chocolate must contain at least 20% cocoa butter, 14% milk solids, 3.5% milkfat. Moreover, the American rule is even more stringent regarding the maximum amount of sweeteners allowed (55%), the optional ingredients added as flavor and the ban of colorants.
In any case, specialty brands can invest a lot of their creativity and craftsmanship in producing a different array of high-quality white chocolates.

⠀3. Give white chocolate a chance, and you won’t be called a chocolate connoisseur. As the two above-mentioned myths perpetuate the cause of this bias, many people think white chocolate has no flavor complexity to deserve further attention and investigation. As a result, a real culture about white chocolate is not only lacking, but also establishing too rigid a stance. Under a better lens, white chocolate has an advantaged sensory diversity to make it appealing even to the palate of the tireless dark chocolate adherent. When it’s high-quality white chocolate, cocoa butter renders subtle floral and vanilla flavors, while the different dairy ingredients added structure a subtle melody of cream/butter/yoghurt hints, unlikely to find in other types of chocolate. 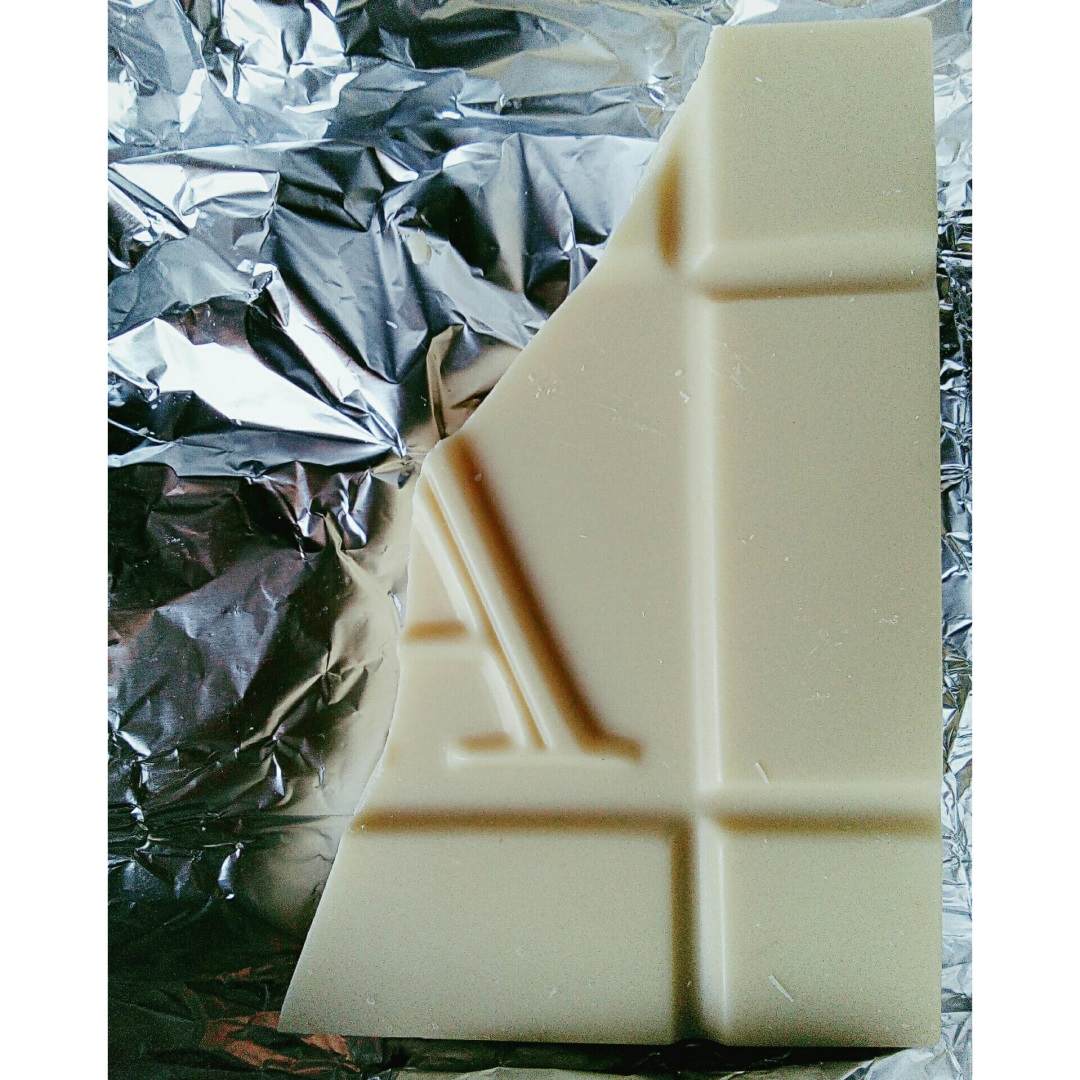 Fortunately, far away are the days of the Galak bars. (It is thought that the first white chocolate was patented in the 1930’s by Swiss chocolate giant Nestlé because of a powdered milk surplus after World War I.)

A few companies are increasingly innovating the premium white chocolate market and placing better tasting and healthier alternatives. Specifically, fine white chocolate is made of:

⠀• Various types of milk. The importance of the milk used is crucial too, as it adds flavor complexity to the product. Some use goat’s milk, others cow’s. Without talking about the vegan trend of substituting milks with plant-based “mylks” from almond, coconut, rice, soy, oat, etc..

⠀• Intriguing inclusions. Traditional inclusions like nuts or sophisticated pairings like dried flowers and citrus oils find their best flavor potential in white chocolate, which acts like the perfect “tabula rasa” for flavor appreciation in chocolate.

⠀
Considering all the creative variables at advantage of the fine chocolate maker, white chocolate will probably be a type of chocolate reserving further product development in the niche of fine chocolate for the next years.

How do you consider white chocolate?

Is Yours Fine Chocolate? Look Into The Ingredient List First

All About Vanilla And The (Plausible) Role Of Vanilla In Chocolate

Nice to see an article regarding real white chocolate — many people have only experienced “waxy” white compound coating which is made with a vegetable oil (usually hydrogenated) which melts around 94F. There is a striking visual difference between white compound which is very white and white chocolate which is off-white or slightly yellow. Because the difference between the melting point of the oil in the white compound coating and body temperature (98F) is small, the “white chocolate” melts slowly in the mouth. Therefore, most people impatiently start to chew it to increase the melt rate. Since the partially melted material provides resistance, people often describe white compound as “waxy”. By contrast, the melting point of the cocoa butter in real white chocolate is around 87F (cocoa butter actually is comprised of a broad array of fatty acids which melt between 57 – 108F). Therefore, it melts out more quickly to provide a luxurious mouthfeel. When people say that white chocolate is not real chocolate, how do they draw that conclusion? Since pure chocolate liquor is comprised of about 52 – 57% cocoa butter with a corresponding 43 – 48% cocoa solids, cocoa butter is the majority component in pure chocolate. Perhaps there is a higher percentage of pure chocolate components in some white chocolate than in dark chocolate? However, since most cocoa butter is deodorized, it does not taste like chocolate. Also, the absence of chocolate flavor makes it the ideal foil of carrying other flavors — it becomes the foundation for decadent desserts. White chocolate is also criticized because everyone knows that “fat makes you fat”. This belief appears to be grounded in the fact that fat does… Read more »

Thanks, Vincent. Your compliments make me blush! 🙂 It really was a nice topic to write for me.

The best chocolate of any kind I’ve tasted was a true white—a 40% blend of three cacao strains from Guatemala. It’s my go-to chocolate when I need something really complex and spectacular. White chocolate can be beautiful.

I agree, Rich!
Also, the white chocolate you described seems something worth a tasting at the first chance.

It’s made specifically for me by Carlos Eichenberger of Danta Chocolate in Guatemala and is outrageously good. It’s also our best-selling bar.

I ate white chocolate once upon a time, since I was curious and wanted to try it out, but seriously, it’s disgusting… :/

Hi Daniel,
Taste is personal! However, I would encourage you to try something better (even if more expensive.) You would likely change idea on white chocolate!

wpDiscuz
Be alerted of new articles, quizzes, and other activities.
SUBSCRIBE
wpDiscuz
9
0
Would love your thoughts, please comment.x
()
x
| Reply